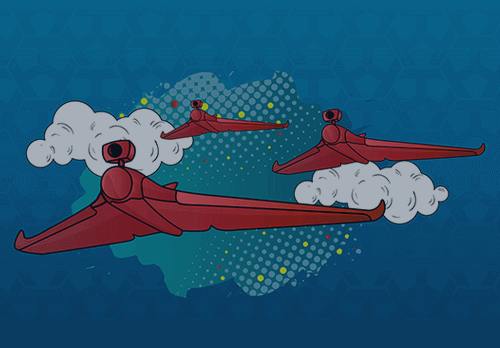 With the rapid progress of technology, we see that the UASs are antagonized in our daily lives, especially in military areas, in various variations.  One of the most significant applications of this technology on the military field is the UASs, which act as swarm.

Intel shows with 1200 drones at the 2018 Winter Olympics was almost fascinated.

What is Swarm UAS?

We started to hear lots of phrases in the pack. In this regard I would recommend that you read Kadir Dogan Bey's article in Cockpit.Aero [1]. There, the Herd of UAV is explained as follows: "Unmanned Aerial Vehicle in the swarm is a vehicle that can be controlled more than once, autonomously or semi-autonomously, in constant communication with each other, given to air vehicles of different sizes and abilities, general name. "

At this point, the importance of unmanned aerial vehicles arises in the swarm. These tools, which are relatively small in size and can be produced with very low costs, are capable of instantaneous data collection, data processing, and movement according to the situation arising from the harvest fields. The mobility of these tools can vary depending on the user's wishes. For example, a lot of unmanned aerial vehicles can be given any movement form as long as the laws of physics and technology allow it. As a result of this formation, these tools can also be used as "Kamikaze" and the destruction of the targets can be achieved at a very low cost and very fast [1].

While there are developments in design and production costs on the one hand, and on the other hand, thanks to technological achievements, the current systems of UAS have entered the process of miniaturization. In this respect, the work carried out in the direction of becoming self-deciding systems, independent of the center, has gained speed, instead of being solely under command control from point to point. It is expected to develop software algorithms for performing task sharing based on competitors defined by competitors in multiple teams. Principles of application, technical rules, necessary documents, financial support and awards will be announced on TEKNOFEST ISTANBUL website [2]